The Seventh Python introduces the world to Tokyo's top Rutles tribute, The Mountbattens 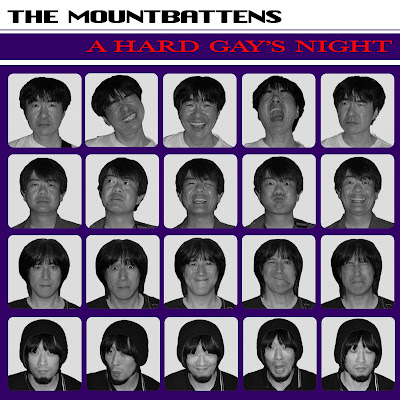 When we were producing The Seventh Python, were sure to include a section about the role of the Internet in spreading Neil Innes' music and uniting his fans around the world, and it was through the Internet that we discovered what could be the only Rutles tribute group in Japan!

The Mountbattens, named for the Rutles manager who tragically accepted a taching post in Australia), do dead-on, English language versions of The Rutles' greatest hits, and their inclusion in The Seventh Python (they perform I Must Be In Love) proved to be one of the film's most crowd-pleasing, applause-inducing moments.

The Mountbattens were excited to be included in our little film. And they sent along their group bio: 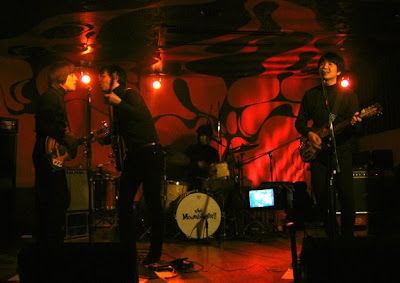 This is our bio.

BBC(B) "Tell me about THE MOUNTBATTENS."

MOUNTBATTENS(M) "We love THE BEATLES."

B "Oh! I love them too. Do you cover their songs?"

B "You play just like THE BEATLES, don't you?"

B "Oh I see! You're closely related to Mersey beat, I guess."

B "Then what kind of music you play?"

M "We play a lot of songs of THE RUTLES. We love them than THE BEATLES."

B "THE BEATLES are the best, you know."

M "Yes, we know. But we love THE RUTLES for ever and ever."