Roman Shebalin, Russian bard and artist, gets a worldwide audience with The Seventh Python 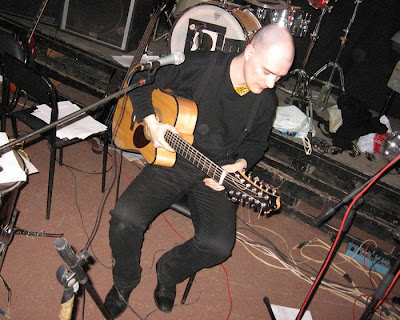 We've found that one of the surprises in our Neil Innes biopic, The Seventh Python, is the inclusion of two international acts who are influenced by Neil and help spread his music in far-flung corners of the globe.

One of them is the Japanese Rutles tribute, the Mountbattens. The other is Roman Shebalin, an artist we've featured here before, and who's made an impact on YouTube with his Russian-language renditions of English.

In The Seventh Python, Roman performs his version of Neil's signature tune, How Sweet To Be An Idiot-- in Russian!

Roman-- who wears a pig on his head instead of a duck!-- tells us he doesn't speak English, but with the help of a translator friend sent us a bio.

We hope his inclusion in The Seventh Python only spreads his music as well! 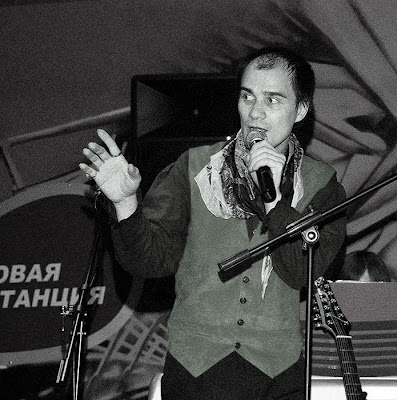 From 1994 to 1999 studied at the College of Literature. Works as a registrar since he has finished College, specializing at documentaries.

During 2003-2005 founded first Russian sites and fan-clubs of Fabrizio de Andre, “Teenage Opera” project, Bee Gees and Russian bands “Tambourine” and “Dialog”. Also he is one of the organizers and an active member of British rock lovers club and the creator and maintainer of Greyclan Studios.

Since childhood he writes poems; later he published his novels in magazines and also wrote a book called “Haunted City”.

Roman is the creator of the band named “Nav’” (1995) which plays art’n’folk, post-punk, minimalism and avant-guard. Main instruments are acoustic guitar, synthesizer and bagpipe. Also plays solo as a bard.

He is an artist, a designer and a participant of “Love Street” exhibitions (1989-1997). His favorite styles are abstractionism and surrealism, favorite techniques – watercolor, oil, collage. 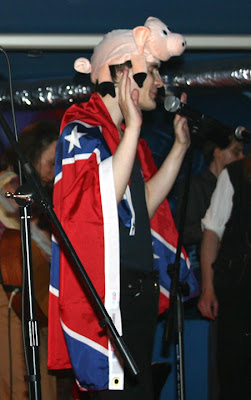 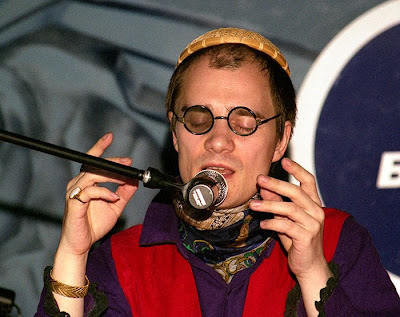 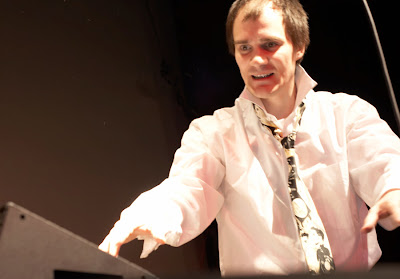 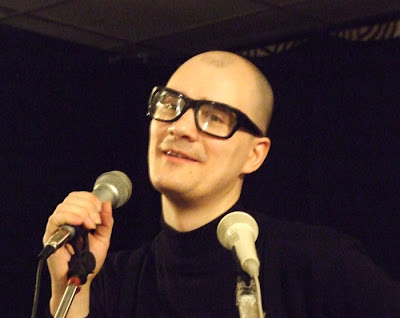